Bread Angels on the loose… 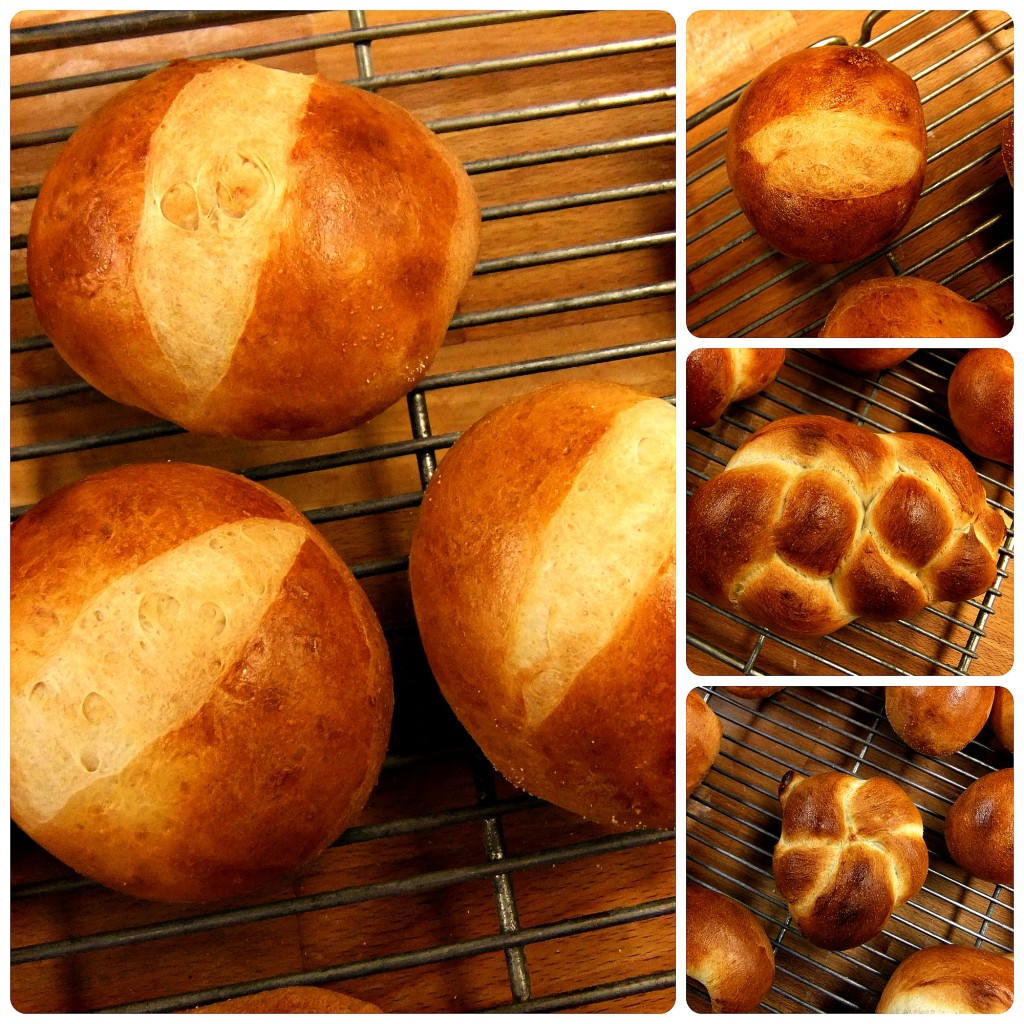 ‘Snow?!’ Such was the cry as Bread Angels in Surrey rose early to a white frozen blanket and the prospect of a long drive ahead. Luckily, we’re a hardy lot and were soon on the road for an exciting day of bread making and Bread Angel catch up ahead.

Before I started The Epsom Bakehouse, I trained as a Bread Angel, learning the basics of setting up and starting a microbakery from home. Not only did the course pass on invaluable information, it also meant I joined a national (and indeed international) network of Bread Angels. And occasionally we manage to get together to catch up, swap ideas and generally chat bread.

Our destination was Panary, the bakery run by master artisan baker Paul Merry in North Dorset. As well as a weekly bake of artisan breads, Paul runs a range of artisan bread making courses, drawing on over 25 years’ experience in the business. This was in fact my second visit, having previously completed Paul’s sourdough course in October 2014. When Bread Angels, via the organisational wizardry of Gaye Whitwam, were offered a special one-off baking day, I jumped at the chance to go again. 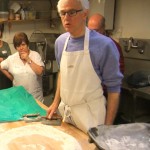 Paul Merry discusses our next dough

We were soon ensconced in the warm surroundings of the small bakery, breathing an air heavy with flour and the memories of previous bakes. Our task was to master three doughs. First up, a hybrid yeasted/sourdough bread, with yeast to rise the bread and sourdough to impart a richer flavour. Using Paul’s traditional weights and scales, we divided the dough and hand-shaped baguettes, rolling each into a long length of baker’s linen, tucking them in to prove. 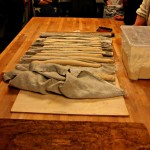 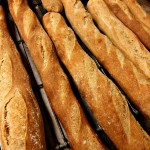 Baguettes proving in their linen and fresh from the oven

Secondly, a rich, sweet Devonshire Split dough. An enriched dough usually contains fat, eggs and sugar or a combination of the three. Bread Angels were in for a treat, as we made up the dough using double cream! The final product was a light, airy moist bun, perfect to split open and slather with clotted cream and Gaye’s homemade jam. 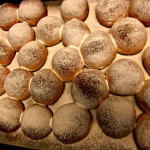 Devonshire Splits fresh out the oven and dusted with icing sugar.

Lastly, Paul introduced us (well, me at least) to Vienna Bread. As with all the doughs, Paul was more than willing to speak eloquently on his expansive knowledge of this bread, so named as British bakers attempted to recreate breads encountered in Europe. Such attempts brought many innovations to British baking, including using steam in the oven to improve bread crusts. 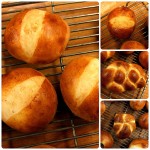 Following a tour of the mill by miller Michael Stoates, tired but happy Bread Angels were ready to head home, laden with fresh bread and flour purchases from the mill. I would certainly recommend a trip to Panary for anyone looking to extend their breadmaking skills under the gentle, excellent guidance of a Master Baker. 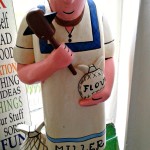 Are you passionate about baking bread? Would you like to share your skills and knowledge with others? Find out more about setting up your own bread baking business from home and become a Bread Angel. Course run through Purple Loaf, my business set up to train and support small food businesses.

If you’ve enjoyed this blog, do let me know in the comments! Or why not check out more breadmaking recipes, hints and tips on the blog.

Join my supportive community of home bread bakers over on Facebook. From sharing great bakes and recipes to asking and answering key breadmaking questions, there’s plenty to learn and join in with.