I almost had to run a marathon to get to Cake and Bake Show Manchester! 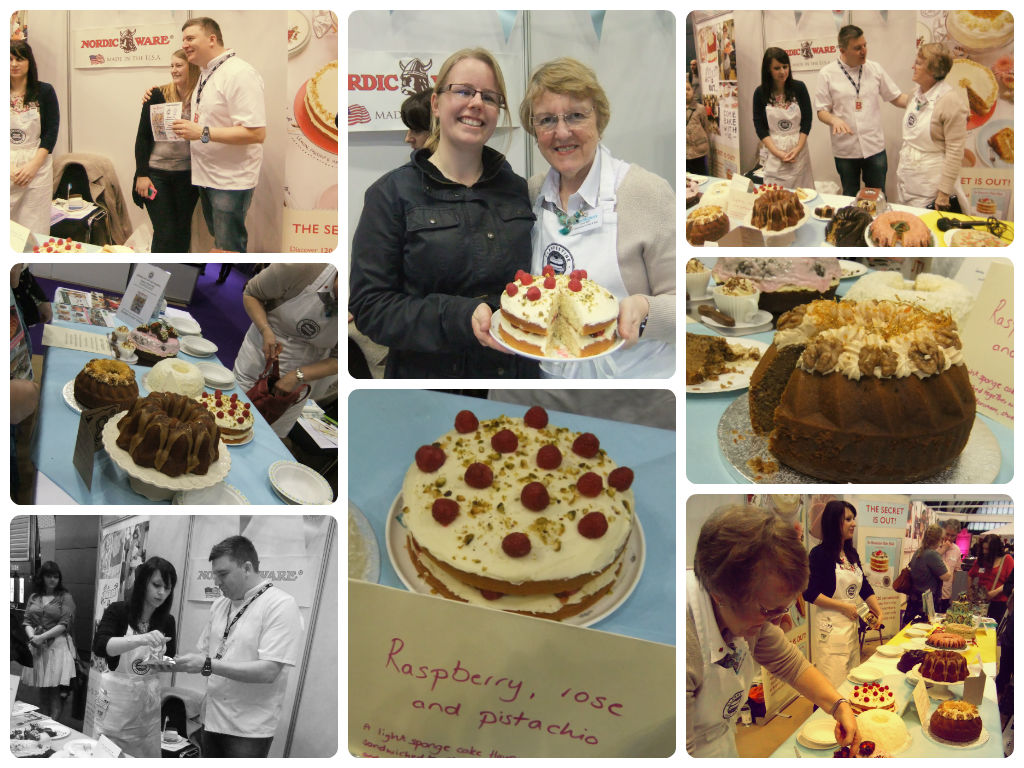 I wasn’t planning to run a marathon when I travelled up to the Cake and Bake Show in Manchester recently. And yet somehow I found myself, cake box clutched in my slightly sweaty palms, weaving my way through the lycra-clad runners of the Manchester Marathon as we attempted to reach the tram station. Turns out we should have checked the road closures a little more closely before we set off!

My reason for the trip was two-fold. First and foremost, I was delighted to be selected as a finalist in the Clandestine Cake Club (CCC) Taste on the Table competition. This nationwide competition was open to all CCC members, and my Raspberry, Rose and Pistachio cake recipe was selected as one of 10 finalists for judging on Sunday. Exciting, and nerve-wracking! Secondly, The Cake and Bake Show is an industry show for all in the baking business, as well as promoting all things baking to a wider audience, with demonstrations, workshops and many, many supplier stalls. I’ve previously attended with my fellow Bread Angels to talk to people about starting their own microbakery, and I love going to the shows, meeting new people and finding out the latest in the baking world. 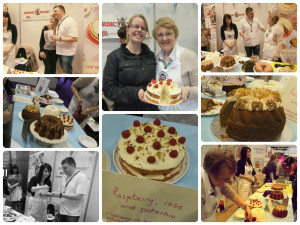 Competition judging time was 12pm, so I had a little time to set up my cake at the CCC stall and meet Lynn Hill, CCC founder and her lovely volunteer helpers for the day. Soon enough, the chef Peter Sidwell (you may know him from Britain’s Best Bakery) and CCC volunteer Rachel McGrath were stepping up to judge the cakes. I have to admit, it was a lot more nerve-wracking than expected, but both judges were very complimentary about all ten cakes – I was praised for a delicious yet subtle rose flavour – and had a tough decision. And the winner was…a beautiful walnut Bundt with a scrummy caramel Swiss meringue topping. A deserved winner, complimented in particular for the technical and very tasty (I may have sneaked a bit…!) icing. Ok I was a tiny bit disappointed not to have won, but it was honestly such a fantastic experience, I think that’s what counted. 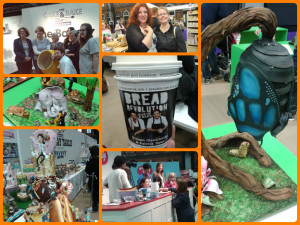 My lovely aunt Fi accompanied me on the day, and we had a fun few hours exploring the rest of the show. We enjoyed a sourdough demonstration from Duncan Glendinning (Thoughtful Bread Company), who set out to show how little equipment and time it really needs to make some great bread. Duncan even mixed up enough sourdough starter, using a cement mixer (!), to hand out some to everyone there.

We also enjoyed a raucous demo from Eric Lanlard (including a Rosemary Shrager stage invasion at one point), who made banana bread and handed out great baking tips. My favourite – after about 10/15 minutes in the oven, take the banana bread out and cut down the length of the middle of the cake with a knife, then pop it back in to finish cooking. Apparently, this will stop the wonky, sideways crack you often get on a loaf cake.

I also met some great people at the various supplier stalls, everything from flour millers to small producers to equipment providers. At the Bakery Bits stall, I met Vanessa Kimbell, baker, author and journalist, and it was great to chat all things bread making, teaching and even heritage grains. All too soon, we had to drag our weary feet home. Thanks Cake and Bake Show, see you again soon I hope!