Why not kneading your dough can result in great bread 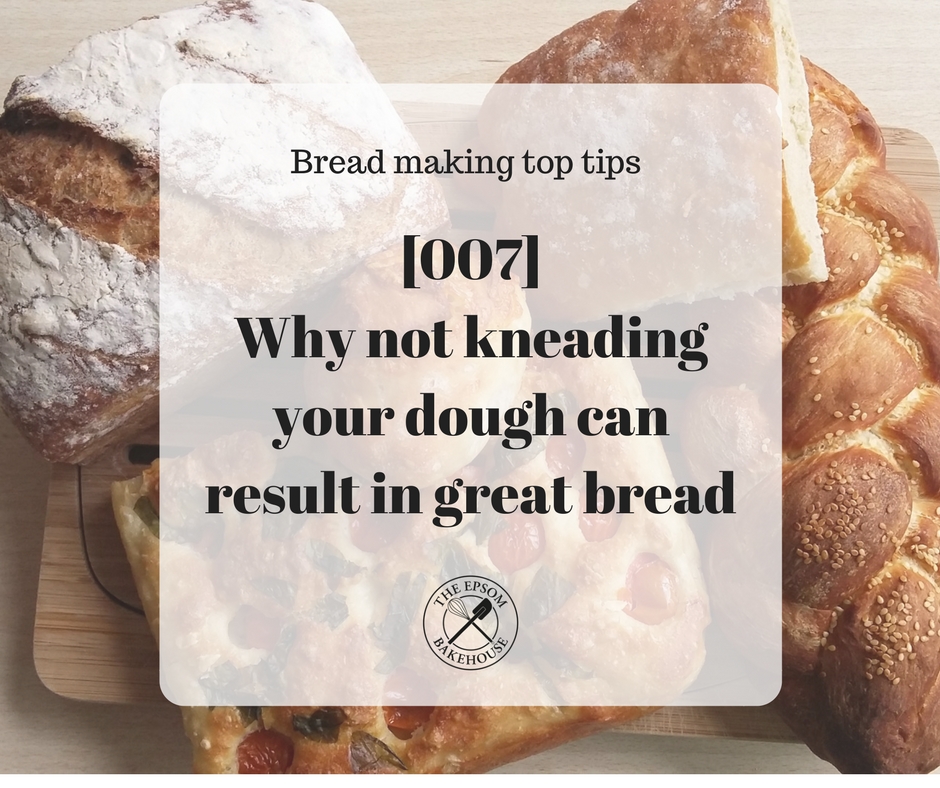 I was recently invited to Epsom Age Concern’s Golden Days Festival to give a talk on baking in World War Two. If you missed it, here’s what I talked about! 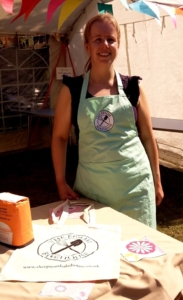 Ready to talk on a hot, sunny day!

Unlike foods such as meat, sugar, butter and eggs, flour and bread were not rationed during World War Two. Despite this, the bread that was available was grey and unappetising. Doris Grant, a health campaigner, was driven to publish an innovative new recipe for baking great bread at home. Read on to learn about her invention that revealed why not kneading your dough can result in great bread.

What flour and bread were available during World War Two?

During WWII, as now, the majority of bread flour was imported. Delays and disruption to shipping during the war meant grain supplies could be scarce and unreliable. Grain was usually milled to produce white flour, in which the outer bran of the grain was removed. To increase the amount of flour produced from any grain milled, in 1942 the Government decreed that all flour milled must retain the majority of the outer bran. This so-called ‘National Flour’ produced an extra 20% flour from each tonne of grain available, significantly increasing yields.

To a nation previously used to enjoying fluffy white light-textured bread, the bread made with National Flour was a shock. It was soon the only bread available, and could also only be sold the day after baking. It was described as grey, heavy and unappetising. Despite this, bread consumption rose 20% during the war, possibly a reflection of the limited supply of other foods available. The Government had also passed laws requiring all National Flour to be fortified with calcium and other vitamins (flour is still fortified to this day), making bread a key source of nutrients. 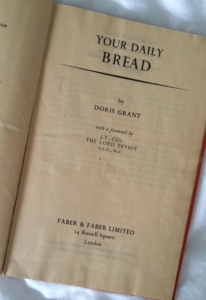 One person who was not a fan of white bread was Doris Grant. A health campaigner throughout her life, Grant believed that white bread was the enemy – a ‘murdered’ food from which all nutrients had been removed. As an adult, Grant suffered from chronic arthritis and had turned to the food combining diet to combat the effects of the disease. In particular, Grant baked her own bread using stoneground wholemeal bread and sang its praises as a healthy food. However, it is the method that Grant used to make the dough that is of most interest here. After about six months of regularly baking the bread, Grant realised that she had been doing it all wrong and not kneading her dough at all. Dough is usually kneaded to develop gluten and give structure to your loaf. Despite this mistake, Grant’s loaves had always turned out well, and were favoured by all who tried them, from friends to the handyman. 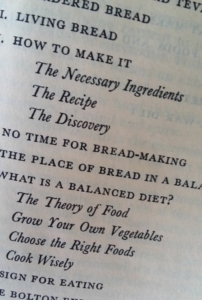 Contents page from Your Daily Bread

Grant published her recipe in her book ‘Your Daily Bread’, which went on to be a bestseller. Home bakers could easily make great tasting bread for the family using the only flour available to them – wholemeal. Her no-knead method, more recently popularised by Jim Lahey of the Sullivan Street bakery, relies on the simple fact that gluten is created the moment flour and water are mixed (you can find out more about that here). The method requires mixing a relatively wet dough and leaving plenty of time for the gluten to develop. In addition, the yeast in the dough will begin to produce carbon dioxide (read more about that here). The gas inflates and stretches the dough, imitating the kneading action but much more slowly.

Bake your own Grant loaf 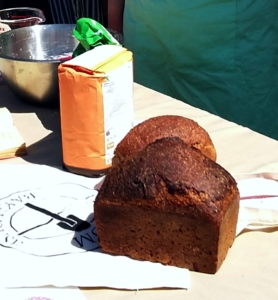 This simple bread method turns a bag of stoneground wholemeal flour into three economical and tasty loaves. The dough is wet – you’ll only need to stir it with a spoon, then leave to rise. Warming the flour a little before mixing helps the yeast work more quickly but isn’t absolutely essential. For a full version of the recipe, click here.

If you’ve enjoyed this blog, or have further breadmaking questions, do let me know in the comments! Or why not check out more breadmaking recipes, hints and tips on the blog.