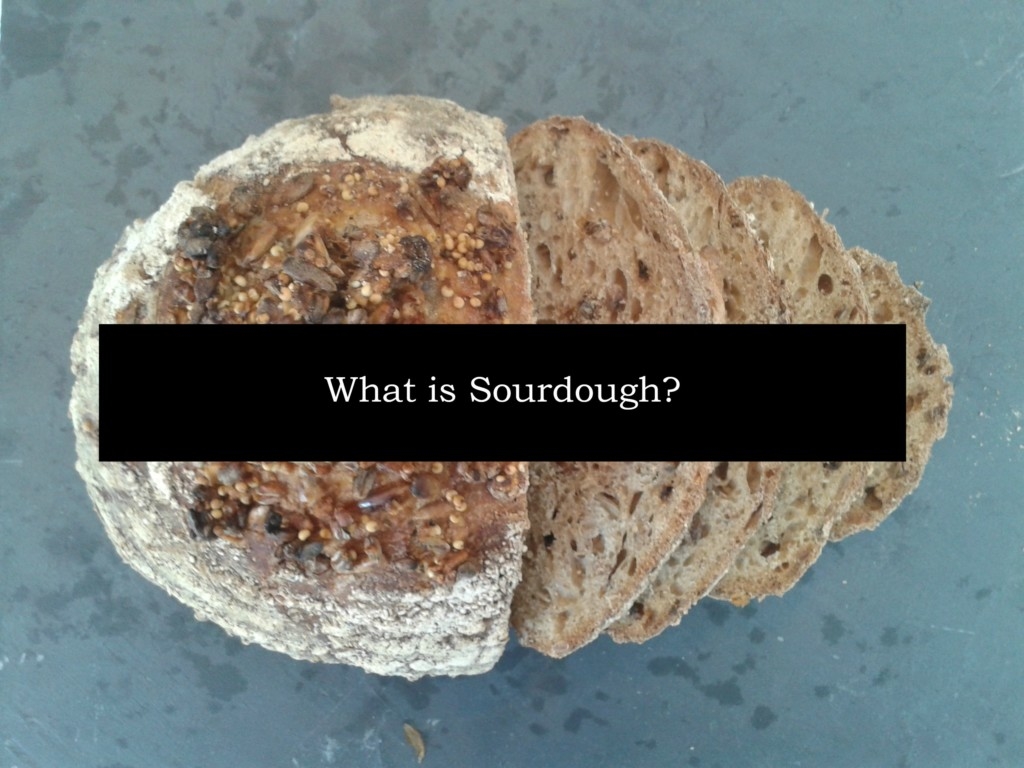 There are many descriptions, definitions and discussions around sourdough bread – at times it can get confusing. So what is sourdough? At its most basic, sourdough is an ancient way of making bread using a starter mixture of water and a cereal flour that contains yeast and beneficial bacteria.

How does a sourdough starter work?

Yeast is present on the surface of cereal (eg wheat, rye) grains. When those grains are crushed to flour, and that flour is then mixed with water, the yeast will begin to multiply and thrive. As the yeast feed on the flour, they produce carbon dioxide gas. Over time, if more flour and water are provided, and the mixture is ‘refreshed’, the yeast colony will become more concentrated. Eventually, the mixture will produce enough gas that, on adding it to a dough, it will raise that dough to form bread.

Alongside yeast, bacteria also thrive in the mixture. Those which are beneficial to sourdough making, including lactic and acetic acid bacteria, will multiply well alongside the yeasts present. These bacteria produce acids that contribute to the flavour and texture of sourdough breads. These acids may also help preserve breads made with the mixture, lengthening its shelf life.

The mixture mentioned above has many names – I usually call it a starter. Other names include the mother dough, pre-ferment or levain. The mixture can also be quite wet, like batter, or stiff like a dough.

Find out how to make your own sourdough starter.