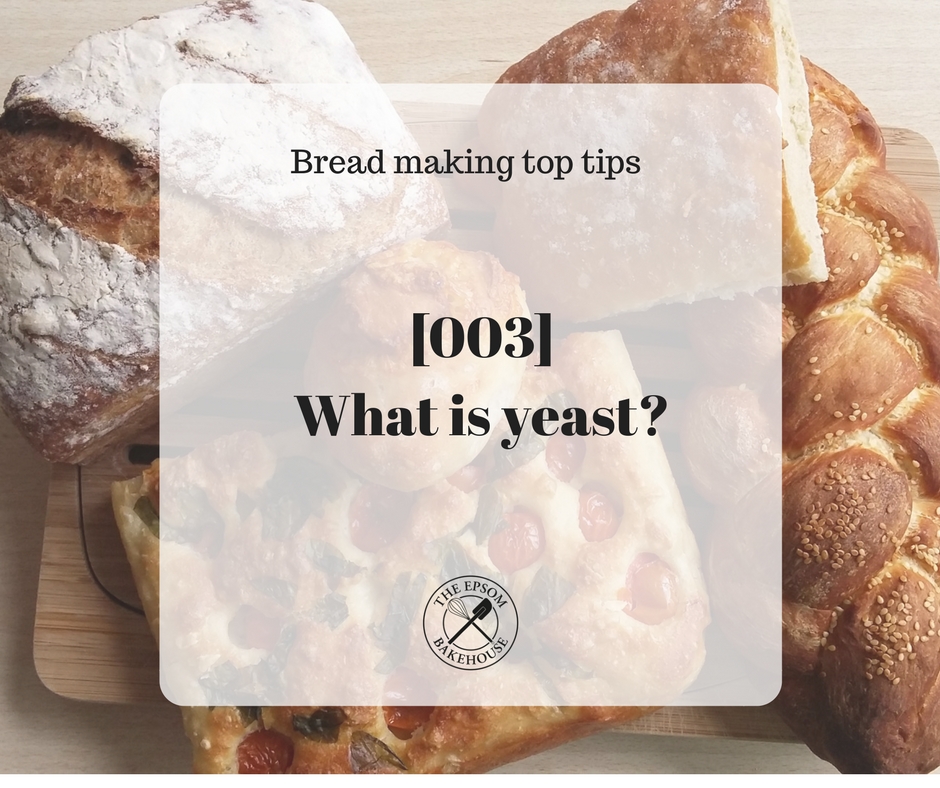 Microscopically small. Related to mushrooms. Lovers of sugar. Producers of moulds. Yeast are multi-talented little organisms! But what is yeast and why is it in your bread?

Yeast is the name for a whole range of single-celled organisms that are part of the fungi family, which also includes edible mushrooms and moulds such as those on blue cheese. Yeast are tiny – 1 gram contains about 20 billion of them! Under a microscope, they’re usually an elongated egg shape. 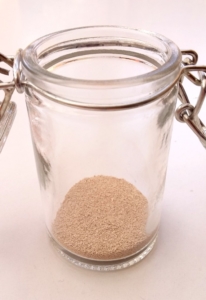 Baker’s yeast is a strain known as Sacchromyces cerevisiae. A pretty long name, so I’ll just keep calling it yeast for now. The name hints at yeast’s favourite food: sugar! In bread making, this sugar is mainly maltose, formed when the starch present in cereal grains is broken down. Yeast eat up the sugar in a process known as fermentation, side products of which include carbon dioxide gas and alcohol. The gas is what rises your bread dough, filling out those gluten pockets and stretching them upwards. Just like we often like to take time over a meal, yeast need time to break down the starch to sugars, then feed on them and produce gas. This is why dough needs to be given time to rise – let the yeast do their job!

To demonstrate the power of yeast, I did a little experiment. Two identical jars, both filled with water and a dash of sugar. One also contained some dried yeast. Here’s what happened in the ensuing 30 minutes (or see a brief video here!): 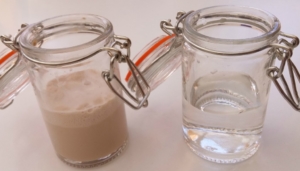 Bubbles starting in the yeast container after 10 minutes. 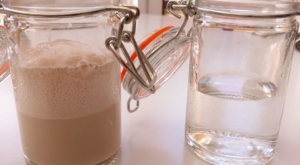 Yeast getting very bubbly after 15 minutes

So as you can see, once yeast has some water and food (sugar in this case), it’s quite happy to start producing gas and bubbling up. This is exactly what’s going on in your dough! Yeast are there to produce the gas that makes your dough rise.

It seems we may have some things in common with yeast. As well as loving sugar, yeast also like to live at a comfortable temperature and have access to food in order to work best. Sound familiar?! 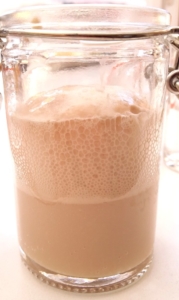 Yeast’s dislike of heat is why you shouldn’t warm your dough above about 37C – any hotter and yeast cells will become less active and eventually die. Unlike us though, yeast can survive low temperatures – they just work more slowly. This can explain why your dough rises much more slowly on a cold winter’s day or when you put it in the fridge.

A lack of food will eventually kill off yeast too. This is why, if you leave your dough to rise for too long, it starts to lose height and eventually collapses. The yeast have died and stopped producing gas to rise the dough. In addition, the alcohol the yeast produce will also eventually kill them. So if your dough is starting to smell more like a brewery, take action and either shape your dough or get baking it!

If you’ve enjoyed this blog, or have any further breadmaking questions, do let me know in the comments! Or why not check out more breadmaking recipes, hints and tips on the blog.