Why is my bread so pale? 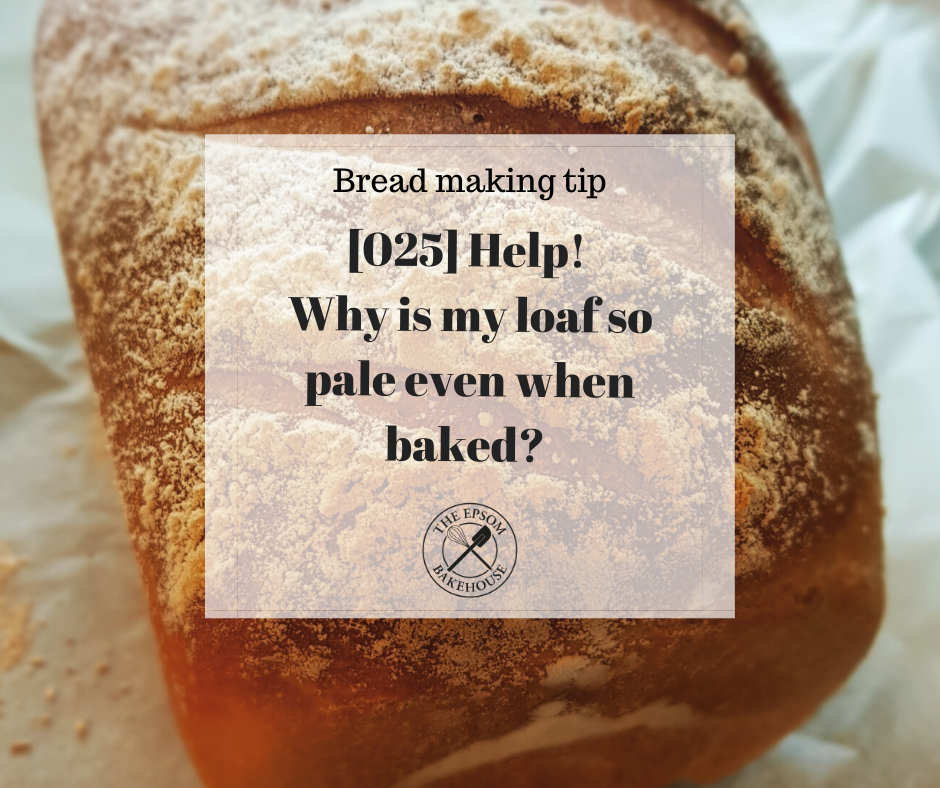 You’ve mixed, kneaded and risen your loaf before baking it to the exact instructions in the recipe. So why has your finished loaf come out of the oven pale and without the crisp, glossy crust you were hoping for?

This is a common question I get asked, particularly that a bread baked at home has got a thick, tough crust but remained quite pale too. So today I’m sharing three top tips to making sure that you can bake a golden-brown loaf with a beautiful crust each time you bake bread at home.

Watch the video below for my top three tips to help if you want to bake a loaf with a golden-brown crust, or read on for more.

Are you baking your loaf at the right temperature?

It sounds obvious, but bread generally needs to be baked at a high temperature.

A golden-brown, glossy crust is achieved when sugars and amino acids (the building blocks of proteins) in the dough react together at high temperatures in the oven.

For a simple dough of flour, water, salt and yeast, bake at 220 – 225C. For an enriched dough such as brioche, you can bake at a slightly lower temperature of around 200C.

Introduce some steam into your oven

Adding moisture into your oven will help in two ways to get that thin, glossy, golden-brown crust on your loaf.

Firstly, the steam will condense on your cold dough as the loaf begins to bake. This turns the starch in the surface of your dough to a gel-like substance (gelatinisation) which, eventually, bakes to form the crust. Adding steam helps this process by encouraging the starch to gelatinise.

Secondly, steam helps your loaf to bake well. As steam condenses on your dough, it slows down the process I mentioned above, where amino acids and sugars are reacting together to form the crust.

By slowing this reaction, your loaf has time to rise and bake well in the oven. Once rise, a thin, crisp crust can form. Without steam, this crust can be thicker and tougher, and lack colour.

The easiest way to create steam in your oven is to place an old baking tray at the bottom of the oven. This will heat up with the oven. After you’ve put your dough into the oven to bake, carefully pour a cup of water into the hot tray to create the steam and close the oven door as quickly as you can.

Don’t let your dough rise too much…or too little

As your dough rises before baking, yeast in the dough are breaking down the flour to forms sugars. Some of these sugars will create the golden-brown colour of your crust.

Want to learn more about baking great bread at home?

If you’d like to learn more about baking great bread at home, do check out some of my other resources. There are plenty of bread making tips and recipes on my blog. You can also join my free live bakealongs on Facebook each Saturday morning at 10am.

Ready to get baking some new, delicious loaves? Join one of my online bread making classes. Learn step-by-step how to bake a range of breads from ciabatta to brioche, baguettes to cinnamon buns and more. You can find out more here: https://www.theepsombakehouse.co.uk/learn-to-bake-bread/