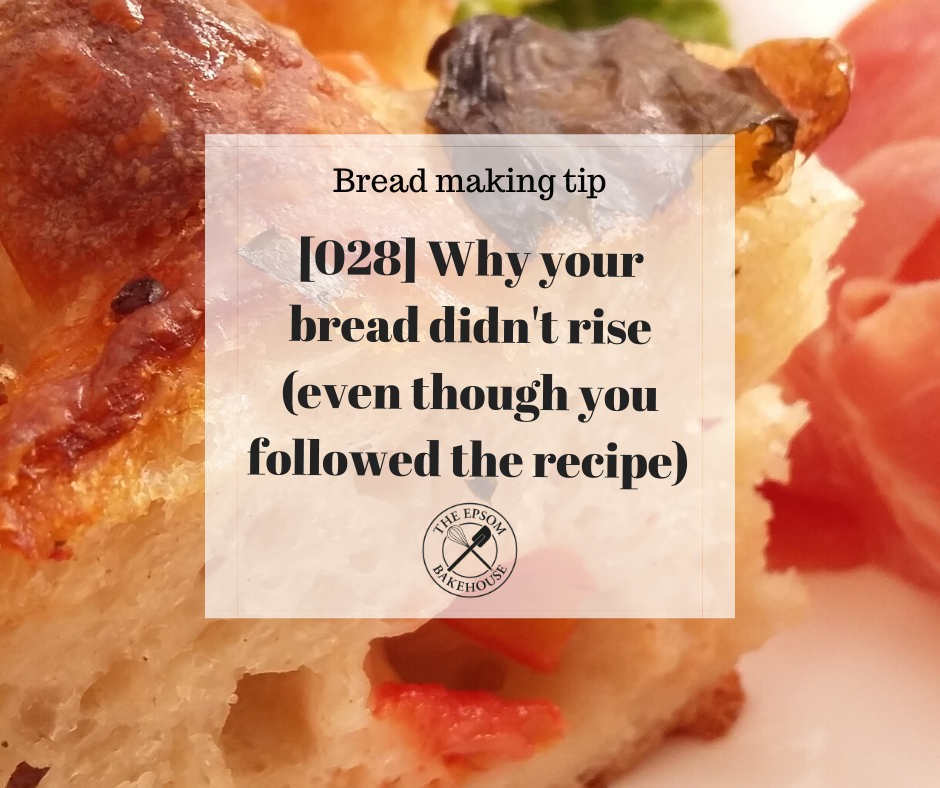 You think you’ve found the perfect bread recipe. You have the flour, salt and yeast. You follow the steps of the recipe exactly as stated. Even leaving the dough in a warm environment for exactly one hour to rise, no more, no less. So why is it that you seem to have baked a pancake?

Watch the video to find out why I think the bread recipe you’re following is wrong, and what you can do about it next time you bake a loaf of bread. Or read on for more.

Why the recipe is wrong (for you)

Ok, so it may be a little strong to say the recipe is wrong. It’s probably a great recipe that will turn out a wonderful bread. But its author wrote down the best method they found for making that bread in their own home kitchen. The recipe suits that kitchen’s temperature, the measurements are accurate according to the scales or measuring spoons that person used. In short, that recipe works for them.

How to make the bread recipe work for you

So when you use the recipe in your kitchen, things will naturally be different. Your kitchen where you leave your dough to rise may be at a different temperature. You may use slightly warmer or cooler water. And you might use slightly different amounts of the ingredients.

So when you’re reading and using a bread recipe at home, particularly a new one, here are three things to keep in mind that will make that recipe work for you.

So it stands that, on a cooler day, you’ll either need to leave your dough for longer to rise or place it in a warmer environment.

Adjust the timings suggested in the recipe to suit the temperature that you’re working at in your home.

Check whether you’re using exactly the same amounts of the ingredients as stated in the recipe.

This is double the amount of dried yeast that is usually suggested in a recipe. If you put less fresh yeast in, your dough will still rise, it will just take longer than the time suggested in the recipe.

These suggestions assume that you’ve used exactly the same ingredients as in the recipe, in the same amounts and that your kitchen is at around 20C and not cooler or hotter.

If the temperature or ingredients have changed, the time that the dough takes to rise properly will change too. If it’s a cool day and your dough hasn’t risen much in the first hour, leave it longer or move it somewhere a little warmer.

So when baking your own bread at home, think about what you could change in the recipe to make sure you bake the best loaf of bread in your kitchen. Adjust one thing at a time though, so you know what has made the difference.

Want to learn more about baking great bread at home?

If you’d like to learn more about baking great bread at home, do check out some of my other resources. There are plenty of bread making tips and recipes on my blog. You can also join my free live bakealongs on Facebook each Saturday morning at 10am.

Ready to get baking some new, delicious loaves? Join one of my online bread making classes. Learn step-by-step how to bake a range of breads from ciabatta to brioche, baguettes to cinnamon buns and more. You can find out more here: https://www.theepsombakehouse.co.uk/learn-to-bake-bread/